Three Hollywood blockbusters movies – Cassandra Crossing (1976), The Outbreak (1995), and Contagion (2011) – all medical disasters, deal with the outbreak of diseases due to some unknown virus.

Out of the three movies, Contagion is a blueprint of the current pandemic. Whatever is shown in the film has become a reality. The new virus responsible for the epidemic has threatened the entire human race of the planet. For the treatment of the new disease, there is no standardised protocol or vaccine. Only symptomatic treatment is given which sometimes is not enough to check the progress of the disease and takes a heavy toll on human life. In the film, the origin of the virus is traced back to Hong Kong. The sequence is one infected bat with a piece of banana, assumed to have the virus on it, which is dropped and eaten by a pig, which is slaughtered for food. The first to come in contact with the virus is a chef, who transfers it to another person by touch and starts the chain event.

The film also explores a wide range of psychological reactions seen in various groups of the society. The film not only shows what has happened but also points towards what might be. In the film, it was a hypothetical virus MEV-1, something similar to SARS-CoV2, the virus responsible for the present COVID-19 pandemic. Now the entire world is in the grip of this virus. The virus has infected more than 1.6 million people and taken a toll of one lakh people in 177 of the 195 countries across the world. In India, all 32 States and UTs, various measures have been taken to contain the infection. Besides affecting the lives and livelihood, this virus has affected every aspect of our life, including our social and economic fabric, besides the way we work. We do not know when life will return to normalcy. Has the COVID-19 caught us unprepared or it was wilful ignorance on our part?.

We don’t know why this virus is so dangerous and whether all viruses are pathogenic and can cause epidemic or pandemic like SARS-Cov2 virus. Viruses even do not qualify to be called a living organism because they need a living host to reproduce or replicate. They are considered to be the link between living and non-living. They carry only genetic material in the form of either DNA or RNA encapsulated by protein and lipids. Viruses are classified as parasites by academicians. Interestingly, all viruses are not pathogenic in nature; they are very host specific and may live in harmony with the host organism without causing any harm or disease.

There are more than 1,400 pathogens (including viruses, bacteria and fungi, and animals) discovered till date that affect human beings. What is worrying is the growing number of pathogens and the increasing number of diseases coming from animals. Are we creating more conducive habitats for viruses and other pathogens to transmit more easily to other species in search of the new host, by mutating themselves by changing their genetic material (DNA or RNA)? The memory of The SARS (severe acute respiratory syndrome), a viral respiratory illness, is quite fresh in our mind. The virus that caused it jumped from animal to human and claimed more than 800 lives in 2003 across the world.

It is interesting to know that wildlife is a reservoir that harbours nearly half of the pathogens that could jump from animals and birds to humans. Domesticated animals in unhygienic conditions provide an ideal and conducive environment for a virus to jump from one species to another. A densely-packed place, like the wet market in Wuhan city in China, turn out to be the epicentre of such diseases. It is a known fact that throughout history, epidemics have been responsible for a sizeable portion of the fatalities suffered by the world. As long as people lived in small groups, isolated from each other, such incidents were sporadic. But now people travel from continent to continent, there is change in land use, degradation of the environment and loss of biodiversity clubbed with climate change. All this is putting unprecedented stress on all life forms, including viruses. It is a quest for survival among organisms that has made the SARS-CoV-2 turnout to be a more successful winner this time unlike earlier pandemics caused by its close cousins. Let’s examine the situation in an evolutionary perspective of organic life. What are unique traits or features this virus has acquired which has given it a niche as a survivor as compared to its earlier clans like SARS-CoV-1?.

The current pandemic is the result of a mutation in SARS virus favoured by natural selection. The epidemiologist Ralph Baric and his colleagues (University of North Carolina) analysed the genomes of bat coronaviruses. They warned, “Our work suggests a potential risk of SARS-CoV re-emergence from viruses currently circulating in bat populations.” Again in a second paper (same group in 2015) find that another SARS-like disease from bat coronaviruses was “poised for human emergence.” Can we say that time was waiting for the emergence of this deadly mutated virus?

It is pertinent here to understand more about these viruses. Coronaviruses – a family of viruses that cause disease in animals – were discovered in 1930. The animal source of COVID-19 has not yet been confirmed, though the most dominating view is that the bats were the original host and the virus has reached humans through some intermediary host. Bats are a reservoir of a wide range of zoonotic viruses like Ebola, HIV and rabies. Bats carry hundreds of members of the coronavirus family. Most of those viruses are part of the bat’s microbiome, living with their hosts in harmony without causing any harm. Coronaviruses, like all forms of life, accumulate random genetic changes as they reproduce. Sometimes, the mutations allow the viruses to find a new host or in other words, infect other animals, including humans. Viruses, being the first in origin, are at the first rung of the evolutionary ladder. It is one of the simplest organisms to have an extremely high rate of mutation, unparallel in the living world. This, coupled with a short generation time and large population size, allow them to evolve rapidly and adapt to the new host to produce more and more descendants.

Seven viruses, including the new one, have made the jump to humans by mutation, but most just cause cold-like symptoms infecting mainly the respiratory tract. But viruses that cause diseases like SARS, MERS, and COVID-19 are lethal. COVID-19 is closely related to SARS that swept the world during 2002- 03. But it soon ran itself out, largely because most of those infected were seriously ill so it was easier to identify them to control. The other related coronavirus disease, the Middle East respiratory syndrome (MERS) emerged in 2012. COVID-19 is different from SARS and MERS as the spectrum of the disease is quite broad. In 80 per cent cases, it leads to mild infection or no symptoms. Only a test can confirm the presence of the virus. All such corona-positive people with mild or no symptoms become the carrier of the disease. This makes the control of the disease more difficult.

SARS-CoV and SARS-CoV-2 share 86% of the same genomic sequence, yet the latter is lethal. SARS-CoV-2 is more aggressive than genetically very similar SARS-CoV-1. A person infected by SARS-CoV-2 starts spreading the virus even before they develop symptoms. Much before the diseases become acute, the virus has done its trick; it has found a new host. This means allowing it more time to spread before it is detected. Its replication begins in the upper respiratory tract, where it stays and infects others before infecting the lungs and causing severe respiratory symptoms like SARS-CoV-1. So, its smartness lies in the fact that it spreads first before causing harm to the host. If the host dies before the spread of the virus to another host, the mutation would come to an end then and there. So, there is a silent transmission of the virus by involving an additional site of replication without any symptoms or at worst the symptoms of common cold. It is an evolutionary advantage for the virus that makes it more infectious to humans.

The two critical mutations in bat coronavirus gave it morphological and physiological changes to its advantage. The modification of the spike-like structures, that protrude from its outer cover allow it to latch onto a protein called ACE2, which lines the respiratory tract. The other mutation allowed the SARS-CoV-2 virus to bind with the furin enzyme on the surface of the human cells. A site on the virus spike protein is activated when it comes into contact with furin. The spike protein and the part of the cell surface carrying furin bind tightly. Furin enzyme is present copiously in specific human organs including liver, the lungs, and the small intestines. Therefore, SARS-CoV-2 is easily able to infect cells in these organs. It is interesting to note that neither the SARS-CoV-1 nor any other coronaviruses have this furin activation site on their spike protein. This makes SARS-CoV-2 virulent to humans.

We all know that natural selection has shaped the evolution of every organism, including the viruses. The virus needs a living host for reproduction. Our body uses a different mechanism to fight the pathogens. The evolutionary pressure on the virus is to evade the immune system and reproduce or replicate and spread to other hosts. To be a survivor, a virus needs to produce its generations one after the other and also to lose every characteristic that prevents it from spreading to another host. This is achieved through mutation. A mutated virus has an advantage as there is no pre-existing immunity against it in the form of an antibody.

The other factor which is favourable to SARS-CoV2 is that it is an RNA virus, its genetic material is encoded in RNA not DNA. RNA is less stable as compared to a DNA molecule. RNA viruses lack proofreading checks as part of their replication process, unlike DNA viruses. If a DNA-based virus makes a mistake in copying DNA, it manages the host cell to verify DNA replication. As a result, DNA viruses do not change or mutate much or frequently. RNA viruses, on the other hand, do not have such a mechanism. The mistakes in copying RNA are quite frequent, and the resultant mutant may have disastrous consequences for the new host.

From the evolutionary perspective, SARS-CoV-2 turns out to be much smarter than its other cousins like SARC-CoV-1 by having some morphological and physiological advantages which make it fitter for survival. In the absence of any vaccine or medicine, feeling little or no evolutionary pressure to change, the new virus is doing a great job of reproducing itself and spreading fast to new hosts. This pandemic will help us find the answers of a few more questions which remained unanswered in the film “Contagion” by giving us a real-life experience, but at what and whose cost!. 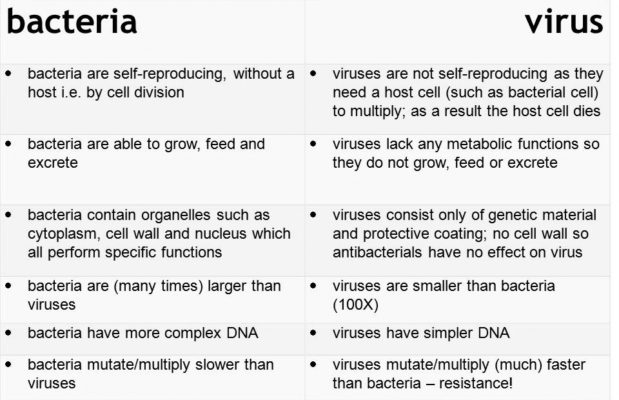