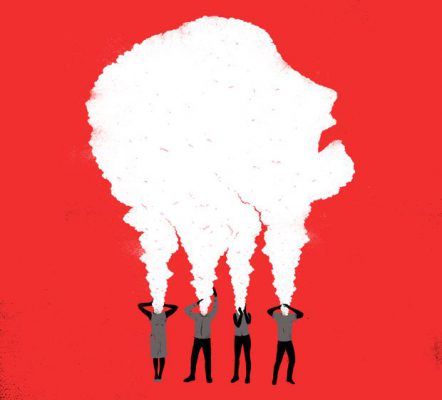 Nearly four years after a mysterious neurological illness, referred to as “Havana syndrome”, started to afflict American diplomats and intelligence operatives in Cuba, China, and other countries, a report by the National Academies of Sciences (NAS) has found “directed” microwave radiation to be its “plausible” cause.

The study, commissioned by the State Department and released on 5 December 2020, however, does not mention that the “directed, pulsed radiofrequency energy” was delivered intentionally and stopped short of naming a source even though it did note that “significant research” had been conducted on microwave weapons in Russia/USSR. Moscow has denied any role in the “attacks”.

Interestingly, neither the State Department nor the FBI have publicly pointed to “microwave weapons” as being the cause of the “syndrome” whose symptoms include nausea, dizziness, fatigue, and cognitive difficulties.

“Microwave weapons” are supposed to be a type of direct energy weapons, which aim highly focused energy in the form of sonic, laser, or microwaves, at a target. People exposed to high-intensity microwave pulses have reported a clicking or buzzing sound, as if seeming to be coming from within your head. It can have both acute and long-term effects — without leaving signs of physical damage.

In late 2016, US diplomats and other employees stationed in Havana reported feeling ill after hearing strange sounds and experiencing odd physical sensations in their hotel rooms or homes. The symptoms included nausea, severe headaches, fatigue, dizziness, sleep problems, and hearing loss, which have since come to be known as “Havana Syndrome”. Cuba had denied any knowledge of the illnesses even though the US had accused it of carrying out “sonic attacks”, leading to an increase in tensions.

In all, more than two dozen American diplomats and members of their families in Cuba and China and at least 14 Canadian citizens in Havana reportedly have experienced similar symptoms. While the symptoms have resolved for some of the affected employees, for others, the effects have lingered and posed a significant obstacle to their work and affected normal functioning of lives.

The report concluded that “directed pulsed RF energy appears to be the most plausible mechanism in explaining these cases among those that the committee considered”.

By calling it “directed” and “pulsed” energy, the report leaves no room for confusion that the victims’ exposure was targeted and not due to common sources of microwave energy, such as a mobile phone. The report also mentions that the immediate symptoms that patients reported — including sensations of pain and buzzing sound — apparently emanated from a particular direction, or occurred in a specific spot in a room.

The more chronic problems suffered by Havana personnel included mainly “vestibular processing and cognitive problems as well as insomnia and headache”, the report mentions. However, the report also mentions that “the committee cannot rule out other possible mechanisms and considers it likely that a multiplicity of factors explains some cases and the differences between others”.

The report also warns about the possibility of future episodes and recommends that the State Department establish a response mechanism for similar incidents. “The larger issue is preparedness for new and unknown threats that might compromise the health and safety of US diplomats serving abroad,” the report mentions, adding that future incidents might be “more dispersed in time and place, and even more difficult to recognise quickly”.

There were several factors that limited the scope of the report. Firstly, the report solely focuses on events surrounding the US embassy in Havana since the information made available on patients from China was “too sparse and fragmentary to be able to draw any substantive conclusions about these cases,” the committee notes.

Moreover, among all the victims, not everyone reported the same symptoms and the panel had limited access to personalised data because of potential security concerns or ongoing active investigations. It also said the findings were affected by the government’s slow and uneven response to the incidents wherein patients were evaluated by various methods and clinicians at different points in their illness.

Even though the US State Department praised the National Academies of Sciences for undertaking the effort, it highlighted that “each possible cause remains speculative” and the investigation was still “ongoing”. It also flagged the committee’s lack of access to some information because of potential security concerns that “limit the scope of the report,” though “they do not lessen its value”.

“We are pleased this report is now out and can add to the data and analyses that may help us come to an eventual conclusion as to what transpired,” the State Department said in a statement.

Interestingly, it was the State Department, then under Rex Tillerson, that had referred to the episodes as “attacks” after they first appeared in 2017. Since then, the administration has refrained from using the word.

So far, the 77-page NAS report provides the clearest and detailed estimation of what may have transpired. Over the years, the FBI, CIA, US military, National Institutes of Health and Centers for Disease Control and Prevention have investigated the incidents without coming out with anything conclusive. Some scientists even peddled theories like “psychological illness” due to the stressful environment of foreign missions.

The report was released after lawmakers pressured the State Department for months. Recently, the agency gave it to some Congressional officials. The National Academies publicly released the report on 5 December 2020 evening.

A 2019 US academic study found “brain abnormalities” in the diplomats who had fallen ill. Besides, a medical team that examined 21 of those affected in Cuba did not mention “microwave weapons” in a study published in the Journal of the American Medical Association.