“Let there be Light! Let there be Rainbow!!
For Light and Rainbow are angels of Peace and Happiness!!!”

“Nolo Contendere” – I do not wish to contend, is a Latin expression for “no contest.” In United States in a criminal proceeding, an accused may enter a ‘plea of nolo contendere’, which would mean that he does not accept or deny the charges but agrees to accept punishment.

Under the criminal justice system, for all crimes committed, the offender is required to be punished as per law of land. Traditionally, the State is under the duty to prove the offender guilty of the criminal charges he is accused of, beyond reasonable doubt. But Plea bargaining is a concept in which an agreement takes place between the State and the accused by which he pleads guilty in exchange for some concession in charges or punishment. A plea bargain allows both the parties in a trial to avoid a lengthy trial procedure. 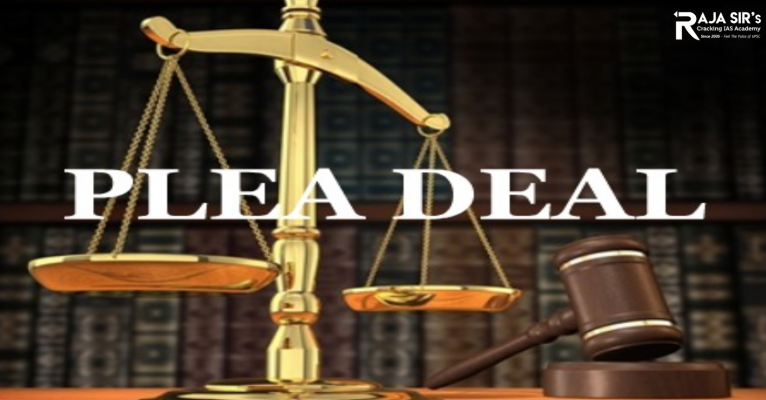 It refers to a person charged with a criminal offence (accused) negotiating with the prosecution for a lesser punishment than what is provided in law by pleading guilty to a less serious offence. It primarily involves pretrial negotiations between the accused and the prosecutor. It may involve bargaining on the charge or in the quantum of sentence.

The concept of plea bargaining in USA was recognized in 1970s as a formal procedure for the resolution of criminal cases. The concept was given the constitutional validity in the case of Brady v. United States (1970). Today, plea bargaining dominates most criminal cases in USA. Almost every criminal case is now conducted by Plea bargaining and today it is often understood that the American criminal justice system would collapse if plea bargaining is removed from it. In the year 2010, 96.8% of all cases in U.S. District Courts were decided by plea bargain. The percentage ranges from a relatively low of 68.2% for murder to a high of 100% for cases of burglary, breaking and entering, 87.5% for sex abuse, 86.7% for arson, 83.6% for civil rights.

In countries such as England and Wales, Victoria, Australia, plea bargaining takes place where the defendant would plead to some charges and the prosecutor would drop the remainder. Plea bargaining occurs in scenarios – when the defendant testifies against the co-conspirator; and where the lesser charge is offered due to the difficulty of proving the greater charge. While the European countries are legitimizing the concept of plea bargaining, the Scandinavian countries largely maintain prohibition against the practice.

Plea bargain differs from ‘guilty plea’ as the facts accepted by the accused during a plea bargain cannot be used against him anywhere in a legal proceeding under Section 265K of the Code. The accused may get less punishment, be released on probation or admonition under Section 265E of the Code. No appeal lies against such judgment except Special Leave to Appeal under Article 136 and Writ Petitions under Article 226 & 227 of the Constitution of India under Section 265G of the Code. Less time and money are consumed ending uncertainties involved in a criminal trial. The victim may also get benefitted by plea bargaining for the same may provide quick justice for victim and fast compensation.