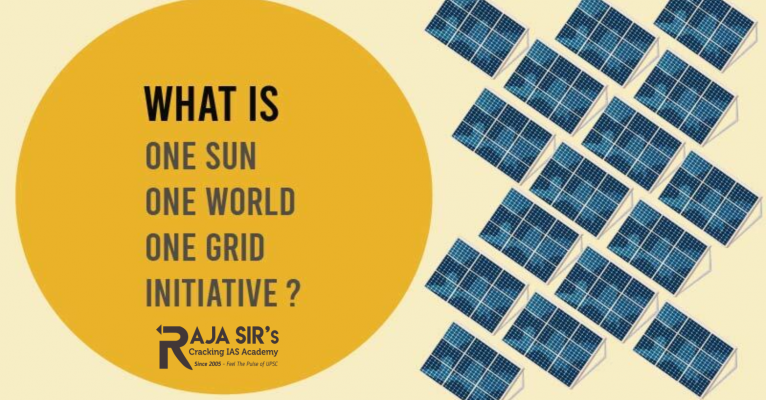 In recent years, India has leveraged forums like the G20 and the UNFCCC to collaborate with major powers in new areas of growth and in bringing about global reforms. One such initiative is One Sun One World One Grid’ (OSOWOG).

The underlying logic behind OSOWOG is that a grid spread across multiple time zones could balance intermittent renewables with other renewables: the setting sun in one part of the grid is made up for by solar, wind or hydropower produced in a distant place.

OSOWOG seems to be a brilliant idea in pursuit of sustainable development.However, it faces certain challenges in its implementation.

Establishing a global solar grid is a novel idea, especially in context of climate change. However, underlying issues in its implementation needs to be addressed first. Apart from it, India can explore the possibility of establishing a federation of regional grids like SAARC grid.