The year 2020 marks the 50th anniversary of entry-into-force of the Nuclear Non-Proliferation Treaty (NPT), which stands to be the linchpin treaty in the world of nuclear non-proliferation and disarmament. Closely following would be the 10th NPT Review Conference (RevCon) which is scheduled from 27 April to 22 May.

As expected at every quinquennial RevCon, this year also, the state parties to the NPT will work on a releasing a ‘final consensus document’ highlighting the progress of states on compliance with NPT provisions and the challenges that remain. However, given the faltering state of the arms control, the blatant arms race amongst states, the increasing proliferation network and the threat of nuclear terrorism, the relevance of a treaty like the NPT is thrown into question. This article aims to explore the foundational problem with the treaty and analyse if this legal instrument has stood the test of time? If not, what kind of an alternative framework or changes should the states and civil society be looking at?

One cannot deny NPT’s contribution to a significant reduction in the number of nuclear warheads from 70,300 in 1986 to approximately 14,000 presently. Additionally, the NPT RevCons have tried to discuss and promote human-security centred norms towards nuclear weapons. Nevertheless, the archaic structure of the treaty comes with two major set of problems.

At the time of its formulation, the drafters of the NPT carefully inserted Article VIII, clause 3 which stipulates a review of the treaty provisions every five years to effectively evaluate its operation and compliance by states. Despite that, the treaty has resisted efforts at keeping up with the changing reality and threat perceptions.

The biggest issue is the discriminatory paradigm within which the treaty was negotiated and concluded in 1970, which continues to this date. At the time, the prevailing Cold War tension and the monopoly of a few states over nuclear technology and know-how automatically mandated a clear distinction between the Nuclear Weapons States (NWS) and the Non-Nuclear Weapons States (NNWS). As a result of security considerations and allegiances of allies to the two power blocks, the Soviet Union and the US, the NWS were able to leverage their clout to hold the NNWS’ feet to fire.

However, in the second nuclear age with horizontal nuclear proliferation on a rise, the 1970s elite nuclear club of the P-5 (the UK, US, China, Russia and France) has unfortunately expanded. In addition to the five NWS mentioned above, India and Pakistan went for the nuclear option in 1998; Israel and North Korea developed nuclear weapons outside the non-proliferation order; and a new category of nuclear latent/threshold states including Iran and Japan cropped up. But, the NPT in its current form has not welcomed any provision to account for this new development and find out ways of including these new states.

The second issue is the rift between the NWS and NNWS party to the NPT on the issue of the twin goals of disarmament and non-proliferation. While the NWS give precedence to non-proliferation goals, the NNWS have made ‘disarmament’ by the former a necessary pre-condition for any further movement. Throw into this mix, the states possessing nuclear weapons but not party to the NPT like India, and the whole process has hit a dead-end. The RevCons mirror these issues which is the reason why it has hit a stalemate. 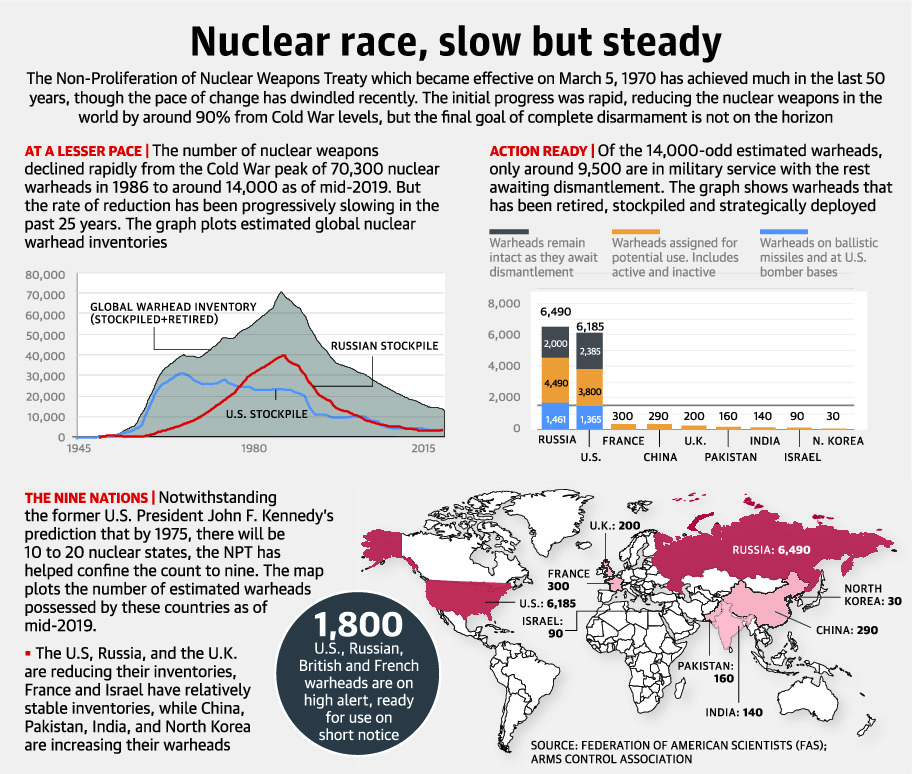 An alternate framework: The Ban Treaty

The closest that the international system came to establishing parity on this issue was in the year 2017, a watershed year when the Treaty on Prohibition of Nuclear Weapons, also known as the Ban Treaty was passed on 7 July. This was the first significant legal instrument after the NPT, which aimed at balancing the tilted scales by holding all the states equally accountable to their obligation and commitment to a stable global nuclear order.

The treaty comprehensively prohibited nuclear weapons for all states with the ultimate goal of their complete elimination. As important as this development was, none of the NWS or nuclear threshold states participated in the negotiations, making the treaty more normative and symbolic in nature.

Inclusion of and parity amongst all states possessing nuclear weapons and capabilities is key here. The NPT cannot regain its lost prominence till it receives cooperation from important non-NPT states like India and Pakistan in strengthening the framework. To that end, the state parties could work towards two important revisions to the treaty.

Firstly, it is important to break the monopoly of the NWS and restore equity by removing the threshold date of 1 January, 1967 which created the two categories of ‘NWS’ and ‘NNWS’. Doing so would not only put all states at par with each other but would also encourage non-NPT states possessing nuclear weapon capabilities like India to join the treaty. This would allow for greater cooperation towards non-proliferation both at a regional and international level. While many non-NPT states are already working on building regional nuclear-confidence building measures by way of bilateral and multilateral agreements, such efforts when subsumed under the larger international framework of the NPT can have more effective results.

Secondly, once all the states possessing nuclear weapon capabilities have been included within the NPT rubric, the most important and long-pending change that should come is tightening the language of Article VI and make it de jure. Article VI calls upon NWS to ‘pursue negotiations in good faith towards general and complete disarmament’. After years of inaction, this goal has remained all but hollow. The irony is that Article VI was the ‘great political bargain’ that was struck between the NWS and NNWS, without which the NPT could not have seen the light of the day. It is high time that the commitment to disarm is seriously backed up by active actions. Once all the states are on board, they can together work towards substantially reducing, if not completely eliminating their nuclear weapon arsenals. 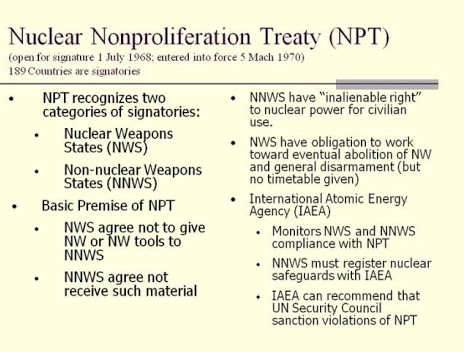 Since nuclear weapons have come to be the currency of political and military power and prestige, these revisions will be extremely hard to come by. Getting the NWS to agree to give up their exclusive position of power and accommodating the rest of the nuclear-weapons powers will be a formidable task. Especially, when the current NPT text specifically gives power to each of the NWS to veto down any proposed amendment. Hence, it would be a momentous task to break this status quo. However, this is where the strong and persistent efforts by civil society and advocacy groups would come into play to garner support from the NNWS and non-state parties to pressurise the NWS into reaching a compromise solution. This goal is definitely difficult but not impossible. 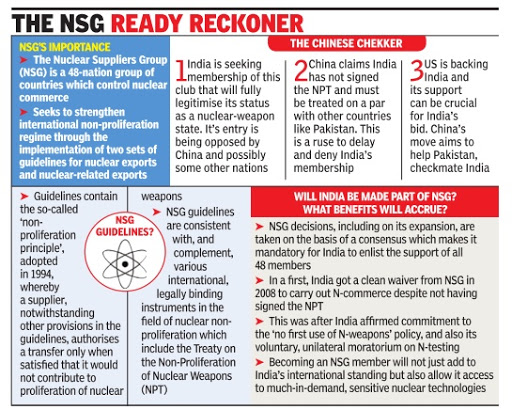