A blast at Beirut (the capital of Lebanon) has killed at least 100 people and injured around 4,000 with an unknown number feared trapped under rubble. It was caused by over 2,700 tonnes of ammonium nitrate in storage for over six years.

Why Pakistan has claimed Junagadh in its new political map?.

Pakistan Prime Minister Imran Khan has recently unveiled a new political map that includes all of Jammu and Kashmir, Ladakh, Sir Creek and Junagadh. Pakistan has said that it would be the new map of Pakistan. 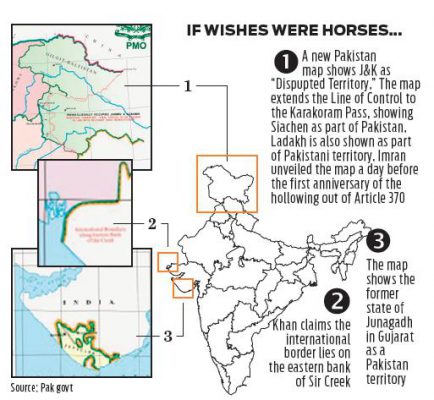 Haryana Chief Minister has launched a unique identity card – called Parivar Pehchan Patra (PPP) – through which the state government aims to monitor each of the approximately 54 lakh families living across the state. Under this, each family will be considered a single unit and allotted a 8-digit unique identification number. Telangana, Karnataka and Andhra Pradesh are also exploring the possibility of implementing a similar PPP project.

How is it different from Aadhaar card?