The Padmanabhaswamy temple case, and what verdict means for Travancore royal family

Reversing the 2011 Kerala High Court decision, the Supreme Court upheld the right of the Travancore royal family to manage the property of deity at Sree Padmanabha Swamy Temple in Thiruvananthapuram. The court said that, as per customary law, the shebait rights (right to manage the financial affairs of the deity) survive with the members of the family even after the death of the last ruler.

The ruling ends the legal battle the temple and members of the royal family have fought with the government for decades over control of one of the richest temples in the world.

Who had the ownership, control and management of the Padmanabhaswamy temple before 1991?

Is the temple the property of the royal family?

No. The character of the temple was always recognised as a public institution governed by a statute. The argument of the royal family is that the temple management would vest with them for perpetuity, as per custom. Even though the last ruler Balarama Varma executed a detailed will bequeathing his personal properties, he had not included the Sree Padmanabhaswamy Temple as his personal property or dealt with it in his will.

What about the Padmanabhaswamy temple’s property, including the riches in the vaults?

What impact would this ruling have?

The language of the Tangams, with just 253 speakers

Recently, Arunachal Pradesh Chief Minister Pema Khandu released a book titled Tangams: An Ethnolinguistic Study Of The Critically Endangered Group of Arunachal Pradesh. “Language loss is the reason for cultural erosion,” CM Khandu had said, emphasising how the book will help the future generations of the Tangam community, which has reportedly 253 speakers concentrated in one small hamlet of Arunachal Pradesh.

Like all the other potential candidates, one being developed in Russia is also far from being ready at this point. Numerous reports have recently claimed that clinical trials for a Russian vaccine had been ‘successfully’ completed. What these reports did not specifically mention is that only phase-I of the clinical trials had been completed. Phase-II trials are supposed to start now, while there is no clarity over phase-III trials.

There is only one candidate vaccine being developed in Russia which has reached the human clinical trial stage. That candidate, being developed by the Gamalei National Research Centre for Epidemiology and Microbiology, in partnership with the Russian Defence Ministry, had begun phase-I human trials on June 18, with 18 volunteers from the armed forces having been chosen for administering the vaccine.

A long road ahead

Even after the successful completion of phase-III, it usually takes several months before a vaccine is accessible to a general public. Several rounds of regulatory and administrative approvals are required. That is why several scientists, and even WHO officials, have been maintaining that it would be take at least 12-18 months before any Coronavirus vaccine is able to hit the market.

Indian Railways gears up to become “Green Railway” by 2030

Ministry of Railways, with a goal of transforming Indian Railways into Green Railways by 2030 has taken a number of major initiatives towards mitigation of global warming and combating climate change.

The recently discovered comet called C/2020 F3, also known as NEOWISE after the NASA telescope discovered it, will make its closest approach to the Earth on July 22. On the day, the comet, which takes 6,800 years to complete one lap around its orbit, will be at a distance of 64 million miles or 103 million kilometers while crossing Earth’s outside orbit. 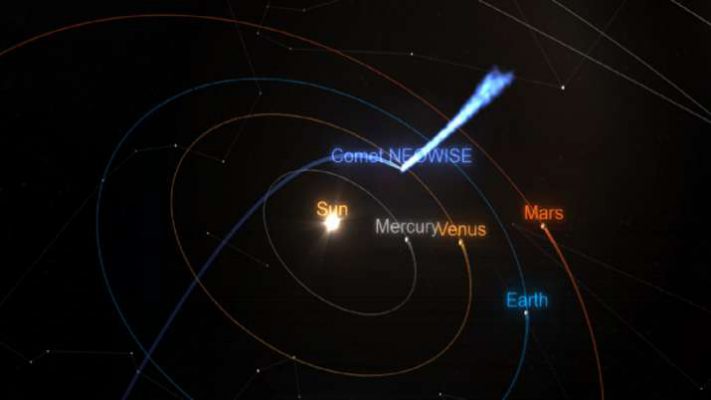 NATGRID to have access to database that links around 14,000 police stations

The National Intelligence Grid (NATGRID) has signed a memorandum of understanding with the National Crime Records Bureau (NCRB) to access the centralised online database on FIRs and stolen vehicles.