How different is the Centre’s farm trade ordinance from Punjab’s amended APMC Act?

The main point of difference between the two is that – As per the state Act, only a licence holder from the government after meeting the provisions laid under the APMC Act can do trade, while in Centre’s ordinance, no licences from the state government are required and any PAN cardholder can do trade.

Where trade can be done?

COVID-19 pandemic has led to closure of schools and has impacted over 240 million children of the country who are enrolled in schools. Extended school closures may cause loss of learning. To mitigate the impact of the pandemic, schools will not only have to remodel and reimagine the way teaching and learning have happened so far, but will also need to introduce a suitable method of delivering quality education through a healthy mix of schooling at home and schooling at school.

The guidelines outlines suggestions for administrators, school heads, teachers, parents and students on the following areas –

Iran walks out of Chabahar rail project pact with India

Four years after India and Iran signed an agreement to construct a rail line from Chabahar port to Zahedan, along the border with Afghanistan, the Iranian government has decided to proceed with the construction on its own, citing delays from the Indian side in funding and starting the project.

Why India was delaying the construction of railways project?

Pakistan allows resumption of Afghan exports to India through Wagah

Pakistan has decided to allow Afghanistan to send goods to India via the Wagah border from July 15. 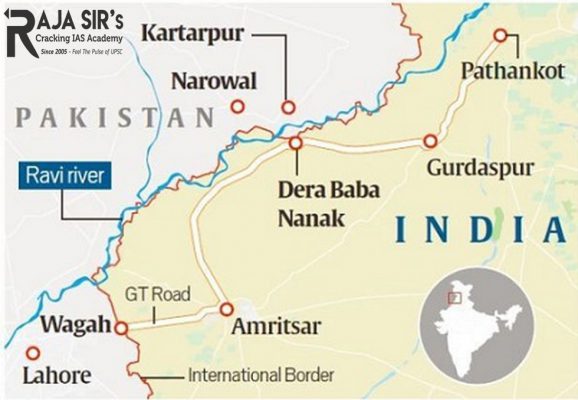 Scientists at the International Advanced Research Centre for Powder Metallurgy and New Materials (ARCI), an autonomous organisation of the Department of Science and Technology, Govt. of India have developed a simple, low-cost, environmentally friendly, and sustainable supercapacitor electrode derived from industrial waste cotton which can be used as an energy harvester storage device.

For the first time, natural seawater is explored as an environmentally friendly, cost-effective, scalable, and alternative aqueous electrolyte, which may replace the existing aqueous-based electrolytes for the economic fabrication of supercapacitor.