Union Ministry of Corporate Affairs (MCA) has released the ‘Report of the Committee on Business Responsibility Reporting (BRR)’.

Who qualifies as ‘Assamese’? A look at confidential report on Clause 6 of Assam Accord released by AASU

In February, a government-appointed committee had submitted its recommendations for implementation of Clause 6 of the Assam Accord, a key provision that has been contentious for decades. Since then, the government has not made the report public. 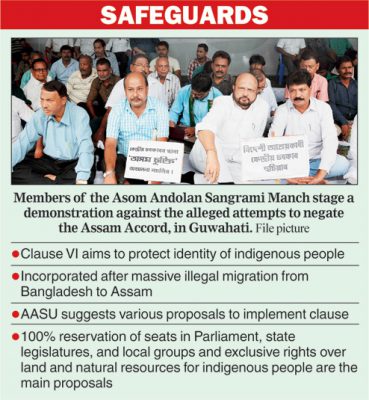 Why it is in news?

Recommendations of the Committee

How dangerous is the volcanic eruption in Indonesia’s Mount Sinabung?

Indonesia’s Mount Sinabung volcano erupted recently, sending a column of ash and smoke more than 16,000 feet into the air. The volcano became active in 2010, erupting after nearly 400 years of inactivity. 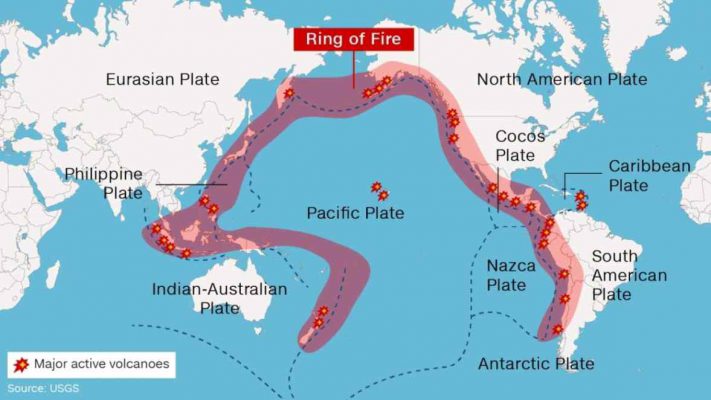 * The largest recorded earthquake occurred in the region – a magnitude 9.5 quake in Chile in 1960

* The Alpide belt is the next most seismic region with five to six per cent of earthquakes. The area extends from the Mediterranean region, eastward through Turkey, Iran and northern India

Why do volcanoes erupt?

When do volcanic eruptions become dangerous?

According to the US Centers for Disease Control and Prevention (CDC), the most common cause of death from a volcano is suffocation, making people with respiratory conditions such as asthma and other chronic lung diseases especially susceptible. People living in areas close to the volcano, or in low-lying areas downwind, are also at higher risk in case of an explosion, since the ash may be gritty and abrasive and small ash particles can scratch the surface of the eyes.

Lava flows, however, rarely kill people, since they move slowly, giving enough time to escape. In a 2018 interview to Stanford News, Stanford geologist Gail Mahood noted that one reason why volcanic eruptions can be dangerous in places such as Indonesia, Guatemala and the Philippines is that in these countries, large populations are packed on and around volcanoes.

Why Russia’s Covid-19 vaccine claims are being questioned?.

Nearly nine months into the Covid-19 outbreak, Russia became the first country to grant regulatory approval to a Covid-19 vaccine, dubbed “Sputnik V” (a reference to the world’s first satellite), for civilian use.

Russia’s vaccine is based on the DNA of a SARS-CoV-2 type adenovirus, a common cold virus.

Russia has claimed that fast-track delivery of vaccine was made possible due to the fact that its Covid-19 vaccine candidate closely resembled a vaccine for Middle East Respiratory Syndrome (MERS) disease, caused by another coronavirus, that had already been tested extensively.

Union Finance Minister has launched the online dashboard for National Infrastructure Pipeline, which will be hosted by the India Investment Grid (IIG).