Morocco on 10 December 2020 agreed to become the fourth Arab nation to normalise relations with Israel in as many months, as part of a deal in which the US agreed to recognise its claim over the disputed Western Sahara region.

A former Spanish colony, Western Sahara is a vast, arid region in northwest Africa that is larger than the size of the Indian state of Uttar Pradesh, but with less than six lakh inhabitants. It is mineral rich: home to abundant reserves of phosphate, a key ingredient in the manufacturing of synthetic fertilisers. It has also lucrative fish resources and is believed to have off-shore oil.

The region first came under Spanish control in 1884, and was made a province called ‘Spanish Sahara’ by the European country in 1934. Then in 1957, its northern neighbour Morocco, which had become independent from French rule just a year before, staked its claim over the entire territory, reasserting a centuries-old position. 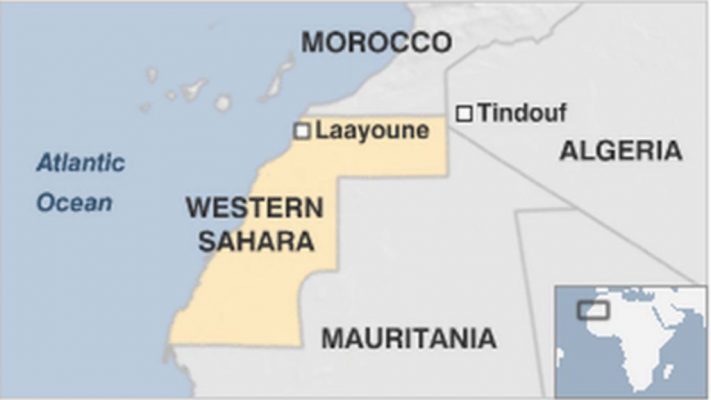 Then in 1975, ten years after the UN called for its decolonisation, Spain withdrew from Western Sahara, partitioning the region between Morocco, which received the region’s northern two-thirds, and Mauritania the remaining third in the south. The partition took place despite a ruling by the International Court of Justice (ICJ) calling the claims by both Morocco and Mauritania to the region as tenuous, and which favoured self-determination for the Sahrawis.

The Polisario Front contested the handover and continued its armed struggle with support from neighbouring Algeria, and in 1976 started a government-in-exile called the Sahrawi Arab Democratic Republic (SADR). Three years later, Morocco again strengthened its hand by annexing Mauritania’s share of Western Sahara, after the latter decided to withdraw from the region and the conflict. A UN-brokered ceasefire stopped the war in 1991.

As part of the negotiations leading to the 1991 ceasefire, Morocco had agreed to hold an independence referendum for the Sahrawis. In 2001, however, Morocco’s newly inaugurated King Muhammad VI announced that the country would no longer agree to the poll as planned.

At the same time, Morocco encouraged tens of thousands of its people to relocate to Western Sahara, thus sharply shifting its demographic balance. Morocco has since proposed wide-ranging autonomy for the region, but the Polisario Front insists that local inhabitants have the right to a referendum.

The SADR has been recognised by around 70 countries, and is a member of the African Union, but lacks recognition from the world’s major powers, as well as the United Nations. Over 1 lakh Sahrawis live in refugee camps in Algeria, which continues to support their self-determination efforts, along with Mauritania.

The UN has sponsored talks to resolve the dispute on numerous occasions, but none of them brought about a breakthrough. Last month, the situation escalated when Morocco entered the buffer zone separating it from the SADR, and the Polisario Front countered by repudiating the 1991 ceasefire. So far, though, they have not resumed armed hostilities.

The recognition by Washington is a major symbolic victory for Morocco, which has tried for decades to get its claim over Western Sahara acknowledged by major powers. It now hopes that more countries follow the US’ lead.

For its part, the Polisario Front has called the change in longstanding US policy “strange but not surprising.” Its Europe representative Oubi Bchraya said, “This will not change an inch of the reality of the conflict and the right of the people of Western Sahara to self determination.”

Critics, however, worry that a possible outcome of Washington’s decision could be an uptick in hostilities in the region, which in turn would further destabilise Western Africa and undermine decades worth of efforts by both the US and France to rid the region of Islamist insurgencies.

The decision, taken within 6 weeks of Trump leaving the White House, is also expected to harm Washington’s relations with Algeria, which actively supports the SADR.

The Trump administration has also been criticised for its transactional approach in getting Muslim-majority nations to recognise Israel. In October, as parts of its deal to get Sudan to normalise ties with Israel, Washington removed Sudan from its ‘State Sponsor of Terrorism’ list, of which it made been a part for over 27 years.