What is convalescent-plasma therapy?: When a pathogen like novel coronavirus infects, our immune systems produce antibodies. Like the police dogs, the antibodies span out to identify and mark the invading virus. White blood cells attach the identified intruders, and the body gets rid of the infection. The therapy, like blood transfusion, harvests the antibody from a recovered patient and ingest into a sick person. Helped by the antibody, the immune system mounts robust combat on the virus.

What are antibodies?: Antibodies are one of the front-line immune response to an infection by a microbe. They are a particular type of proteins secreted by immune cells called B lymphocytes when they encounter an invader, such as a novel coronavirus.  The immune system designs antibodies that are highly specific to each invading pathogen. A particular antibody and its partner virus are made for each other.

How the treatment is given?: Blood is drawn from a person who has recovered from COVID-19 sickness. The serum is separated and screened for virus-neutralizing antibodies. Convalescent serum, that is the blood serum obtained from one who has recovered from an infectious disease and especially rich in antibodies for that pathogen, is then administered to a COVID-19 patient. The sick acquires passive immunisation. “Potential donor would be examined before the blood serum is extracted and given to a sick person. First, the swab test must be negative and the potential donor has to be declared as cured. Then the recovered person has to wait for two weeks. Or else the potential donor should be asymptomatic for at least 28 days. Either of the two is mandatory” said Dr Kishore while speaking with India Science Wire. 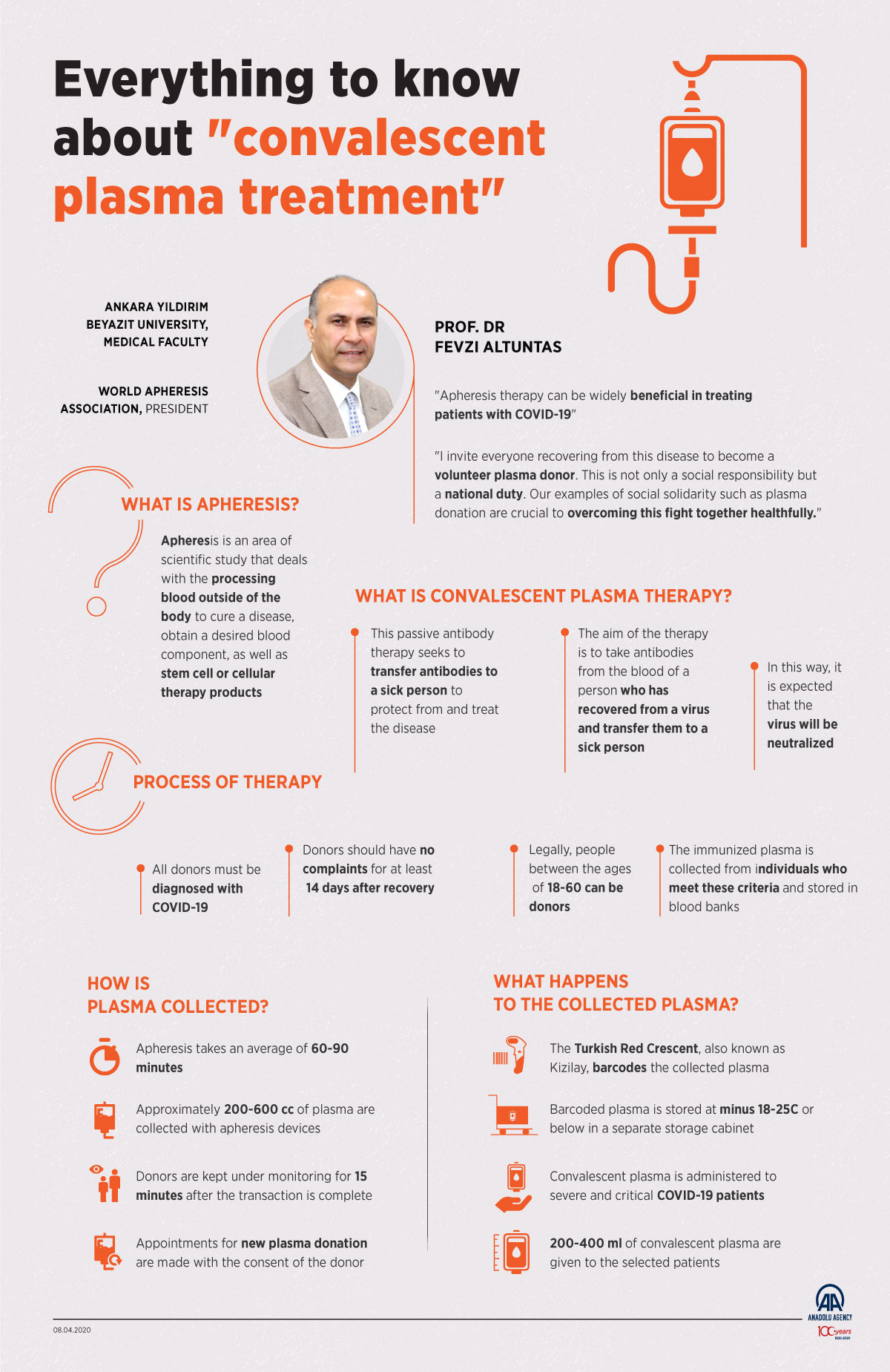 Who will be receiving the treatment?: “Initially we will try in a small number of patients. At present it is permitted as an experimental therapy for restricted use for severely affected patients only. We will be getting the informed consent before they are recruited. This will be conducted as a clinical trial” said Dr Kishore. COVID clinics of five medical college hospitals will be partnering”.

How is it different from vaccination?: This therapy is akin to passive immunization. When a vaccine is administrated, the immune system produces the antibodies. Thus, in a later date, when the vaccinated person is infected by that pathogen, the immune system releases the antibodies and neutralise the infection. Vaccination provides lifelong immunity. In the case of passive antibody therapy, the effect lasts only up to the time the antibodies injected remain the bloodstream. The protection given is temporary. The mother transfers antibodies through breast milk to an infant before the child could build her own immunity.

History: Way back in 1890, Emil von Behring, a German physiologist, discovered that the serum obtained from a rabbit infected with diphtheria was effective in preventing the diphtheria infection. Behring was awarded the first-ever Nobel prize for medicine in 1901.  Antibodies were not known at that time. Convalescent serum therapy was less effective and had substantial side effects. It took many years before the antibody fraction could be separated. Still, the unintended antibodies and impurities caused side effects.

Is it effective?: We have effective antibiotics against bacterial infection. However, we do not have effective antivirals.  Whenever a new viral outbreak takes places, there are no drugs to treat it. Hence, the convalescent serum has been used during past viral epidemics. During the outbreak of 2009–2010 H1N1 influenza virus pandemic, patients with an infection requiring intensive care were used. After the passive antibody treatment, the serum-treated individuals showed clinical improvement. The viral burden reduced, and the death rate could be lowered. The procedure was also useful during the Ebola outbreak in 2018.

Is it safe?: With modern blood banking techniques that screen for blood-borne pathogens is robust. It is not difficult to match the blood type of donors and recipients. Therefore the risks of inadvertently transferring known infectious agents or triggering transfusion reactions are low. “Just as we do in case of blood donation one has to look for the blood groups and Rh compatibility. Only people whose blood group matches can donate or receive blood. The donor will be stringently examined and tested for certain mandatory factors before they will be permitted to donate the blood. They will undergo tests for hepatitis, HIV, malaria, and so on to ensure that they do not pass on a different pathogen to the receiver” said Dr Asha Kishore, Director, SCTIMST.

How long the antibodies will remain in the recipient?: After the antibody serum is given, it will stay on the recipient for at least three to four days. During this period, the sick person will recover. Research reports from the USA and China indicate that the beneficial effect of transfusion plasma is obtained in the first three to four days and not later.
Challenges: This therapy is not simple to harness, primarily due to the difficulty of obtaining significant amounts of plasma from survivors. In diseases like COVID-19, where most of the victims are aged, suffering from other medical conditions such as hypertension, diabetes, and so on, not all recovered patients can volunteer to donate blood.

Which countries are using plasma therapy against coronavirus?

Along with the US, China and Spain, Turkey, South Korea, Italy, the United Kingdom, are some of the few countries that are also looking at plasma therapy to help deal with the coronavirus crisis that has gripped the world. Even India has joined the bandwagon and has begun trial for plasma therapy.

Kerala is the first state in the country to have been given the nod to try this out, as a task force was already in place. Soon, plasma enrichment technique will also be used to treat severely-ill Covid-19 patients on trial basis in a Delhi government hospital.

When was it widely used?

The plasma therapy was most famously used during the 1918 Spanish flu pandemic. It was also used during the Ebola epidemic, which started in 2013 and in 2003 against SARS. Even now, there is no vaccine or cure for SARS. The plasma therapy is also used against measles, bacterial pneumonia and numerous other infections before modern medicine came along.