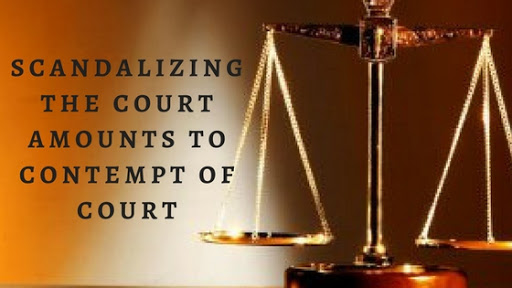 Recently, the Supreme Court of India initiated the proceedings for criminal contempt of court against lawyer-activist Prashant Bhushan. The contempt charges were lodged in the context of the comment made on social media, targeting the current Chief Justice of India.

The contempt power is needed to punish wilful disobedience to court orders (civil contempt), as well as interference in the administration of justice and overt threats to judges.

The reason why the concept of contempt exists is to insulate the institution from unfair criticism and prevent a fall in the judiciary’s reputation in the public eye.

However, this raises the dilemma between the part of contempt law that criminalises anything that “scandalises or tends to scandalise” the judiciary and freedom of speech and expression (under the article 19), especially in the era of social media.

Thus, the current issue has once again brought under focus on the need for reviewing the law on Contempt of Courts.

The Law Commission of India held that there is a need to retain the provision regarding the contempt of courts. However, it also recommended the definition of contempt in the Contempt of Court Act should be restricted to civil contempt, i.e., willful disobedience of judgments of the court.

Further, in the era of social media, besides the need to revisit the law on criminal contempt, even the test for contempt needs to be evaluated.