India to boost infrastructure in areas along China border

To ramp up infrastructure along the China border, the Ministry of Home Affairs has decided to spend 10% funds of Border Area Development Programme (a Centrally Sponsored Scheme) only on projects in Ladakh, Arunachal Pradesh, Himachal Pradesh, Uttarakhand and Sikkim.

What will be constructed?

The creation of infrastructure “would help integrate these areas with the hinterland, create a positive perception of care by the country and encourage people to stay on in the border areas leading to safe and secure borders”.

Global Vaccine Summit 2020: immunisation in the time of COVID-19 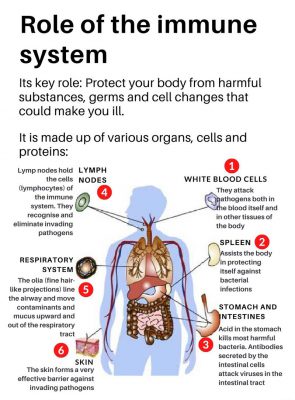 Herd immunity is the indirect protection from a contagious infectious disease that happens when a population is immune either through vaccination or immunity developed through previous infection.

This means that even people who aren’t vaccinated, or in whom the vaccine doesn’t trigger immunity, are protected because people around them who are immune can act as buffers between them and an infected person.

Once herd immunity has been established for a while, and the ability of the disease to spread is hindered, the disease can eventually be eliminated. This is how the world eradicated smallpox, for example.

How does herd immunity work?

The scientific principle is that the presence of a large number of immune persons in the community, who will interrupt the transmission, provides indirect protection to those who are not immune.

To estimate the extent of spread and immunity, epidemiologists use a measure called the ‘basic reproductive number’ (R0). This indicates how many persons will be infected when exposed to an single case; an R0 of more than 1 indicates one person can spread the infection to multiple persons.

There are three ways in which an infection can spread in a community. The first scenario looks at a community that is not immunised. When two infectious cases, both with an R0 value of 1, are introduced, there is a possibility of the entire community being infected, with a few exceptions.

In the second scenario, there may be some persons who have been immunised; and only these immunised persons will not be infected when at least two infectious cases are introduced in the community.

The third scenario is when the majority of the community is immunised. So, when two infectious cases are introduced, the spread can take place only in exceptional cases, like in the elderly or other vulnerable persons. Even in such a situation, the immunised persons protect the non-immunised by acting as a barrier — which is herd immunity.

When do we know that a population has achieved herd immunity?

It depends on multiple factors: how effective the vaccine for a given disease is, how long-lasting immunity is from both vaccination and infection, and which populations form critical links in transmission of the disease. Mathematically, it is defined on the basis of a number called “herd immunity threshold”, which is the number of immune individuals above which a disease may no longer circulate. The higher the R0, the higher the percentage of the population that has to be immunised to achieve herd immunity.

Polio has a threshold of 80% to 85%, while measles has 95%. With the current data for COVID-19, experts have estimated a threshold of over 60%. That means more than 60% of the population needs to develop immunity to reach the stage of herd immunity.

Why is herd immunity as a strategy against COVID-19 questionable?

It is very risky to seek herd immunity by allowing a large proportion of the population to get infected. Such a strategy at this stage, experts have underlined, would be based on many unknowns and variables.

To begin with, much about the behaviour of the pathogen is still unclear. There isn’t enough statistically significant data to estimate conclusively how many persons can get the virus from a single infected person.

Second, it can take months, or even longer, to build group immunity to COVID-19. During that time, the need is to protect people who are at greater risk; the numbers so far indicate that people above 55, especially those with co-morbidities like cardiovascular disease and hypertension, are the most vulnerable.

Third, while herd immunity may come about from a pandemic because the people who survive may develop immunity — they also may not — it is important to note that for COVID-19, we still don’t know whether one can become immune to the virus. Nor is it clear whether a person who develops immunity will remain permanently immune.

Ministry of Human Resources Development and Ministry of Housing and Urban Affairs have recently joined hands to launch an online portal for ‘The Urban Learning Internship Programme (TULIP)’.

Several homeopaths have pointed out that each individual reacts differently to homeopathic medicines and one medicine cannot be universally held as a prophylactic for all.

Recently, the Supreme Court declined to stay the operation of a Presidential order which petitioners claimed deprived Assam of the powers to implement the Inner Line Permit system in its districts and limit the applicability of the Citizenship (Amendment) Act.

How is it linked to CAA?

The influential Asom Jatiyatabadi Yuba Chatra Parishad (AJYCP) and All Tai Ahom Students’ Union (ATASU) petitioned the Supreme Court against the Presidential order. Noting that the original BEFR included the then Assam districts of Kamrup, Darrang, Nowgong (now Nagaon), Sibsagar, Lakhimpur, and Cachar, the petition said the order took away the Assam government’s permissive power to implement the ILP. This could have made the CAA inapplicable in these areas, the petition said.