The government is working on a list of alternative countries that could be suppliers of critical components that cannot currently be manufactured domestically. DPIIT (Department for Promotion of Industry and Internal Trade) is working with the industry to line up a list of low-quality imports from China. The next step is to substitute them, internally or externally. The engagement looks to firm up tariff and non-tariff measures to curb imports of raw, intermediary and finished products from China. 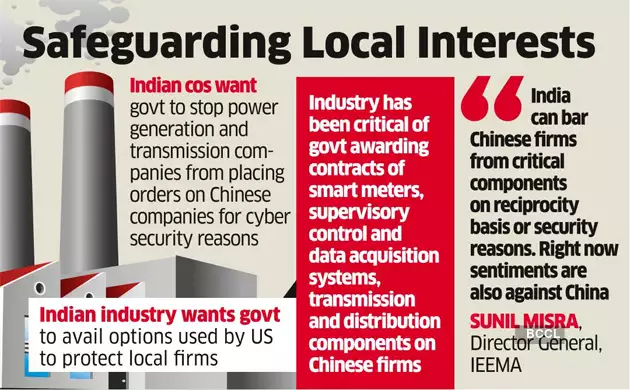 Prime Minister Narendra Modi on 26 June 2020 launched the ‘Atma Nirbhar Uttar Pradesh Rozgar Abhiyan‘ which seeks to promote local entrepreneurship and create partnership with industrial associations to provide employment opportunities. At the virtual launch, Modi interacted with villagers from six districts of Uttar Pradesh. Villages across all districts of the state joined the event through Common Service Centres and Krishi Vigyan Kendras.

The scheme seeks to dovetail central and state government’s programmes, while also creating partnerships with industry and other organisations as the COVID-19 pandemic affected the workforce in general and migrant workers in particular.

China to construct 1,124-megawatt power project in Pok under CPEC

A tripartite agreement was signed between a Chinese company and the governments of Pakistan and China on 25 June 2020 for construction of a 1,124-megawatt hydropower project at Kohala on the Jhelum river at a cost of $2.4 billion. Prime Minister Imran Khan, who witnessed the signing ceremony at his office, termed the agreement “the country’s biggest-ever foreign investment“. Pakistan-occupied Kashmir’s prime minister was also present on the occasion.

India’s foreign exchange reserves retreated from a life-time high to touch USD 505.566 billion in the week ended June 19, down by USD 2.078 billion from the previous week. The forex reserves declined for the first time since April 24 when the assets dropped by USD 113 million to USD 479.455 billion. Between April 24 and June 12, forex reserves had grown by USD 28.189 billion. In the week ended June 12, the reserves had increased by USD 5.942 billion to touch a record high of USD 507.644 billion.