Union Minister for Fisheries, Animal Husbandry and Dairying has launched the first edition of the Fisheries and Aquaculture newsletter “MATSYA SAMPADA” published by the Department of Fisheries

Union Minister for Fisheries, Animal Husbandry and Dairying has launched the first edition of the Fisheries and Aquaculture newsletter “MATSYA SAMPADA” published by the Department of Fisheries.

For the Non-beneficiary orientated sub-components/activities under CSS component to be implemented by the States/UTs, the entire project/unit cost will be shared between Centre and State as detailed below –

India and Bhutan took a major step forward for the construction of the 600 MW Kholongchhu project, their first hydropower joint venture project in Bhutan’s less developed eastern region of Trashiyangtse.

Bharat Biotech gained an edge in the race among a few entities in the country and several more globally to ready a vaccine for COVID-19 when the Drug Controller General of India (DCGI) cleared its product for human clinical trials.

What does the approval mean? 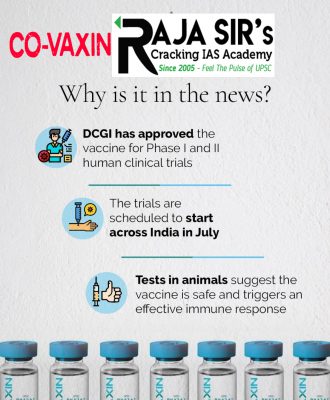 Under the Environment (Protection) Act, 1986, India notified its first EIA norms in 1994, setting in place a legal framework for regulating activities that access, utilise, and affect (pollute) natural resources. Every development project has been required to go through the EIA process for obtaining prior environmental clearance ever since.

The 1994 EIA notification was replaced with a modified draft in 2006. Earlier this year, the government redrafted it again to incorporate the amendments and relevant court orders issued since 2006, and to make the EIA “process more transparent and expedient.”

An EIA notification is issued under Section 3 of the Environment Protection Act, 1986, to impose restrictions on setting up new projects or expansion or modernisation of existing projects. The section stipulates that such measures must benefit the environment.

All inland waterways projects and expansion/widening of national highways will be exempt from prior clearance. These include roads that cut through forests and dredging of major rivers.

The 2020 draft also exempts most building construction projects of built-up area up to 1,50,000 sq m.

What changes have been brought?