International Museum Day 2020: Date, Theme and Significance of the Occasion

The Ministry of Culture hosted a webinar on “Revitalising Museums and Cultural Spaces” to celebrate the International Museum Day.

Administration of Museums in India

Smt. Sitharaman also announced that a scheme will be implemented in States through challenge mode for Industrial Cluster Upgradation of common infrastructure facilities and connectivity. There will be availability of industrial land/land banks for promoting new investments and making information available on Industrial Information System (IIS) with GIS mapping. 3376 Industrial Parks/ Estates/SEZs in five lakh hectares are mapped on IIS. All Industrial Parks will be ranked during 2020-21.

The details are as follows:

The Government will introduce competition, transparency and private sector participation in the Coal Sector through:

There will be structural reforms to boost growth, employment and bring state-of-the-art technology especially in exploration through:

The distinction between captive and non-captive mines to allow transfer of mining leases and sale of surplus unused minerals, leading to better efficiency in mining and production shall be removed. Ministry of Mines is in the process of developing a Mineral Index for different minerals. There will be rationalisation of stamp duty payable at the time of award of mining leases.

Restrictions on utilisation of the Indian Air Space will be eased so that civilian flying becomes more efficient. This will bring a total benefit of about Rs 1,000 crore per year for the aviation sector. This will lead to optimal utilization of airspace; reduction in fuel use, time and will have positive environmental impact.

6 more airports have been identified for 2nd round bidding for Operation and Maintenance on Public-Private Partnership (PPP) basis. Additional Investment by private players in 12 airports in 1st and 2nd rounds is expected to bring around Rs. 13,000 crore. Another 6 airports will be put out for the third round of bidding.

Tax regime for MRO ecosystem has been rationalized. Aircraft component repairs and airframe maintenance to increase from Rs 800 crore to Rs 2,000 crore in three years. It is expected that major engine manufacturers in the world would set up engine repair facilities in India in the coming year.  Convergence between Defence sector and the civil MROs will be established to create economies of scale. This will lead to maintenance cost of airlines to come down.

Tariff Policy laying out the following reforms will be released:

2.  Privatization of Distribution in UTs

Power Departments /  Utilities in Union Territories will be privatised. This will lead to better service to consumers and improvement in operational and financial efficiency in Distribution. This will also provide a model for emulation by other Utilities across the country.

The Government will enhance the quantum of Viability Gap Funding (VGF) upto 30% each of Total Project Cost as VGF by the Centre and State/Statutory Bodies. For other sectors, VGF existing support of 20 % each from Government of India and States/Statutory Bodies shall continue. Total outlay is Rs. 8,100 crore. Projects shall be proposed by Central Ministries/ State Government/ Statutory entities.

There shall be level playing field provided to private companies in satellites, launches and space-based services. Predictable policy and regulatory environment to private players will be provided. Private sector will be allowed to use ISRO facilities and other relevant assets to improve their capacities.  Future projects for planetary exploration, outer space travel etc shall also be open for private sector. There will be liberal geo-spatial data policy for providing remote-sensing data to tech-entrepreneurs.

Research reactor in PPP mode for production of medical isotopes shall be established to promote welfare of humanity through affordable treatment for cancer and other diseases. Facilities in PPP mode to use irradiation technology for food preservation – to compliment agricultural reforms and assist farmers shall also be established. India’s robust start-up ecosystem will be linked to nuclear sector and for this, Technology Development-cum-Incubation Centres will be set up for fostering synergy between research facilities and tech-entrepreneurs.

Afghan President Ashraf Ghani and political rival Abdullah Abdullah have signed a power-sharing agreement two months after both declared themselves the winner of last presidential election.

Role of the US

Importance of Afghanistan for India:
Afghanistan’s main advantage is its geography.

The possibilities of Covid-19 being syndemic have been raised in the backdrop of the World Health Organization (WHO) announcement that Covid-19 less likely to be eliminated (i.e. may become endemic). 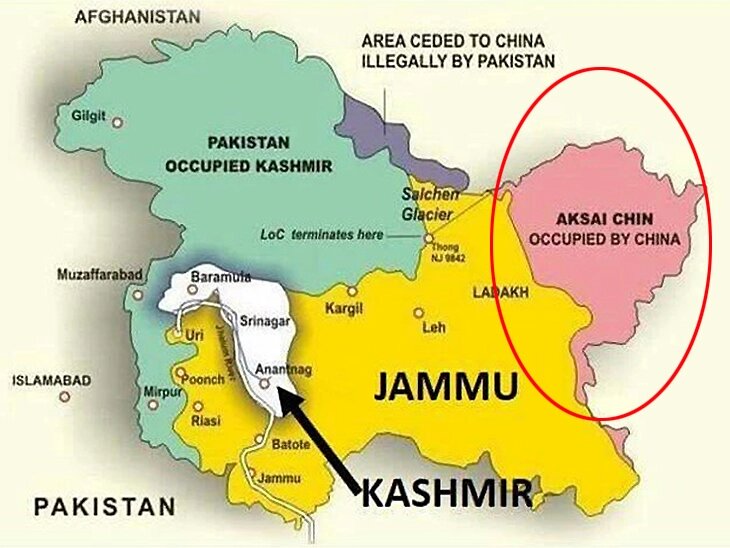