Following the abrogation of Article 370 and reorganisation of the Indian State of Jammu and Kashmir (J&K), a China-Pakistan tandem has emerged to internationalise the issue, including in the UN Security Council. China’s support for Pakistan is motivated by a desire to perpetuate its own territorial grab in the trans-Karakoram Shaksgam Tract of Kashmir. 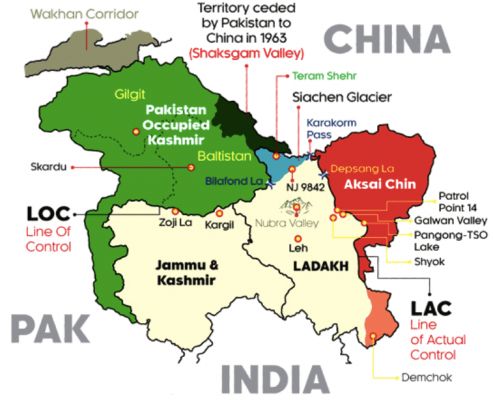 The doublespeak of China

The surrender of Pakistan

China – a third party to dispute?

The provisional nature of the territorial settlement between China and Pakistan is evident in Article 6 of the 1963 agreement, which clearly states that “the two Parties have agreed that after the settlement of the Kashmir dispute between Pakistan and India, the sovereign authority concerned will reopen negotiations with the Government of the People’s Republic of China, on the boundary as described in Article Two of the present Agreement, so as to sign a formal Boundary Treaty to replace the present agreement”. In effect, this agreement has established China as a party to the dispute. It has a vested interest in legitimising its illegitimate gains in the trans-Karakoram tract.

The anniversary of the Instrument of Accession, on October 26, is a reminder of China’s illegal territorial occupation.