Recently, a glacial break in the Tapovan-Reni area of Chamoli District of Uttarakhand led to massive Flash Flood in Dhauli Ganga and Alaknanda Rivers, damaging houses and the nearby Rishiganga power project.

Sub-categorisation of OBCs explained: What a Commission has found so far

Recently, the Centre has extended the tenure of the Rohini Commission until 31st July, 2021 to submit its report on Sub-categorisation of Other Backward Classes (OBCs).

Square Kilometre Array Telescope – what largest telescope will do?

Hydrogen – the clean fuel for future

Recently, researchers at the Indian Institute of Technology, Delhi (IIT-D) have come up with a way to generate clean fuel hydrogen from water at a low-cost.

Veil of privacy can be lifted for legitimate state interest: Centre response in Delhi HC

Recently, the Central government has stated that though the right to privacy is held to be a sacred fundamental right, the veil of privacy can be lifted for legitimate State interest. 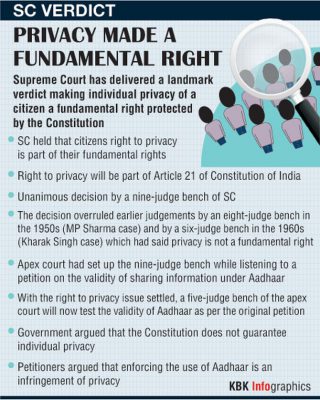